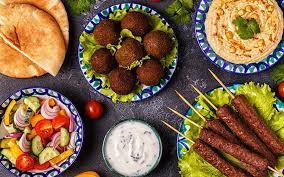 Whether you have a Middle Eastern heritage or you just want a deeper understanding of this part of the world, the best place to start is none other than the food.

The authentic and traditional food from any given place packs the dishes with it more than the flavors alone. It also offers insights into the history of the region and the lives of its people.

But what is considered Middle Eastern food in the first place, and what is its significance?

What Can Be Considered Middle Eastern Food?

Middle Eastern cuisine stems from a wide variety of cultures around the Arabian, Caspian Mediterranean, and Red Seas. This includes Arab, Israeli, Turkish, Syrian, and Moroccan cuisines, just to mention a few. The truth is that there is a long list of cultures and countries included in this cuisine.

Although Middle Eastern food consists of a variety of cuisines, this is often characterized by copious and fragrant creamy elements, nuts, olive oil, and spices. Goat, mutton, and lamb are all traditional meats. Beef, camel, chicken, fish, and pork are used as well but less often.

Early Middle Eastern civilizations paved the way for modern cooking and farming. This part of the world was one of the first to cultivate plants, such as cattle, goats, sheep, and wheat, and keep farm animals. Middle Easterners also came up with the process of fermentation that has permeated different cultures all over the world to leaven bread, create unique flavors, and make alcohol.

Thanks to its unique location between Asia, Africa, and Europe, the Middle East soon became a hub for the exchange of culture and goods as global trade expanded through the ages. Ingredients, new dishes, and spices were also exchanged, shaping the food not only in the Middle East but also in the surrounding areas.

Religion and local ingredients have also played important roles in shaping the region’s food. Barley chickpeas, dates, and fava beans are all staples as locally sourced ingredients, while mutton and lamb became the major meat as a result of the religious laws that ban pork.

The area’s religious practices also paved the way for an international staple: coffee. This stimulating drink was brewed so that people can stay awake for the evening worship, mainly during Ramadan.

The dining etiquette differs according to the specific region in the Middle East. This is why it is difficult to identify hard and fast rules on etiquette. Food is generally either served by the host or shared from a central, communal plate. If food is served by a host, be ready for second helpings once you clear your plate. Leaving even a small amount of food on your plate means that you are already full. 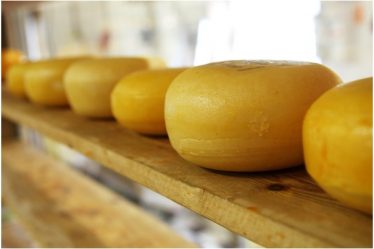